Did you know that of all the trash we throw out up to 75% of it is considered recyclable? That’s impressive to you find out that recycle up to 24% of those materials. Clearly, there is room for improvement. It might help to get the word out about how much better we can do and what recycling means for the planet. Here are some cool recycling facts that you can put into circulation: 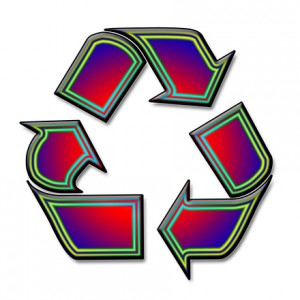 Recycling is not necessarily a new concept. Back in the day, one of the most recycled items were bones. Animal bones were often used for making buttons and in the process of glue and papermaking.

Each year, around 11 million tons of clothing, shoes and other textiles are dumped into landfills. If all of that material were recycled, it would be equivalent to creating 70 billion T-shirts.

How long does it take for things to biodegrade or decompose? A cigarette butt and filter takes 12 years. And aluminum can could take up to 500 years. Plastic diapers can last for 800 years. And the worst offender, Styrofoam, takes more than 5,000 years to biodegrade.

Right now somewhere in the Pacific Ocean there floats the “great Pacific garbage patch.” This is a pile of garbage that goes down 20 feet deep into the water and contains over 3.5 million tons of garbage. It is roughly the size of the state of Texas. It is also estimated that the patch will double in size in the next five years.

Over the course of your lifetime, you will come close to creating 90,000 pounds of garbage. Think about all the stuff you throw out and how much of it could still be recycled. For instance, the Hershey chocolate company uses about 133 square miles of aluminum to wrap 20 million kisses. That’s every single day. That tiny piece of aluminum is also totally recyclable.

What about your old cell phone? In the US alone, over 140 million cell phones are tossed into the trash every year. If all of those cell phones were recycled, then it would save enough energy to power 25,000 homes for single year.

Which cities are the best for recycling? The top five are San Francisco, Boston, Chicago, Denver and Portland. There is no reason why Cleveland can’t improve its numbers for recycling. You can help that by making sure everything you throw out has the opportunity to be recycled. That’s where Junk King Cleveland can make a big difference. This is a professional junk hauling service that is part of a national chain of junk collectors with a 60% diversion rate. That means 60% of what they collect is kept out of landfills. When you want to get rid of junk, recycling is the only way to go and that means a call to Junk King Cleveland.

Winter is coming. For some people, that’s a good thing. They love the cold and the snow. Nothing beats bundling up in front of a warm fire with a cup of hot chocolate. Of course, it’s only when you have to venture out in the cold and snow that it becomes a problem! There a lot of things you need to do to get your home ready for winter. Here’s a good checklist to take care of in the coming days. 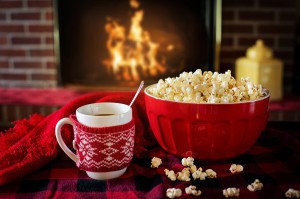 If you have a fireplace, then you want to make sure you have plenty of decent firewood ready. Hardwoods such as oak, maple or beach are perfect for firewood. It also helps if the firewood has been season for at least a year. In other words, it needs to have been cut down and kept in dry storage for that amount of time. Your own firewood should be stored away from your house preferably covered. Just be sure to shake it off before you bring it into the house to make sure you’re not also bringing in some bugs!

Icicles are a part of any winter storm but there also an indication that your rain gutters are clogged. It’s only one water builds up and overflows doesn’t form into an icicle. Clogged gutters can also create problems in your roof by causing leaks. Additionally, you want to make sure whatever water comes down from the gutter pours away from your house. It’s not a bad idea to dig trenches so that the water flows out into the street.

Seal Up the Cracks

You should inspect your home for cracks anywhere there is cement. That includes your foundation, driveway and patio. If water gets into that crack in phrases it can expand and make the crack a bigger problem.

Winterize Your Windows and Doors

Get Rid Of Winter Clutter

You might have a lot of winter clutter in your garage, basement and closets. This would be any object that you once used in the winter but aren’t using any longer. It could be sweaters, snow boots, skis or a broken snowblower. All of that stuff can be removed with a single junk removal session from Junk King Cleveland. Just think about how much space you’ll get back once you’ve gotten rid of all of that stuff. The best way to get your home ready for winter is to get rid of the junk with help from Junk King Cleveland.