As your kids were growing up, you probably had a “tug at the heartstring” anytime you had to clear out the clothes they outgrew. How fast did they go through those baby onesies? What about those tiny shoes they wore on the first day of preschool? Some of those things you’re right to pack up in a box to save. However, there are some bigger items that once they’ve been outgrown they should be cleared away. That is certainly true with a backyard trampoline. What makes more sense: Holding onto a trampoline or clearing out to make room for something nice like a firepit or garden? If you want to let go of that trampoline, then Junk King Orlando can take care of that. 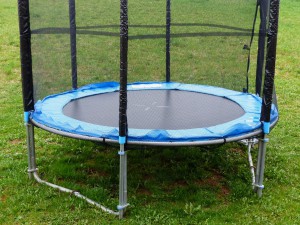 Unlike a sofa or loveseat, getting rid of a trampoline means taking it apart piece by piece. That is a task the crew from Junk King can handle. They have the skill, the experience and the tools. They also have the time to dedicate to the task. You just need to let them know this is the reason you’re hiring them and they’ll clear the schedule so it can get done properly. This doesn’t mean you have to stand over them and supervise. In fact, once you sort out the fee you can go about the rest of your day while they finish the task.

As for that fee, it will be a price that is based on how much room all those pieces are going to take up on the truck. Once dismantled, you might discover the trampoline hardly takes up any space. That means you’ll be paying a fee that is on the low end of the price scale.

The Junk King crew can also let you know if there will be room on the truck for anything else you want to get rid of. This is a perfect opportunity to clear out your entire yard and home of all those things that have been replaced or outgrown. You won’t have to wait to wait long to get rid of your trampoline. One session with Junk King Orlando takes care of it.

Anyone who lives near Disney World is treated to a fireworks show every night. It might be hard to spot because Disney did a good job of designing the park far away from residential areas but you could still get a peek with a good pair of binoculars. Of course, on the 4th of July, the fireworks will be a lot closer as there are several areas throughout Orlando that are offering pyrotechnical displays to celebrate America’s birthday. The smart play is to have friends over for an afternoon BBQ and then head over to the nearest fireworks display. That’s a terrific day. The only thing that could make that plan go up in smoke is junk in your backyard. Junk King Orlando won’t let that happen. 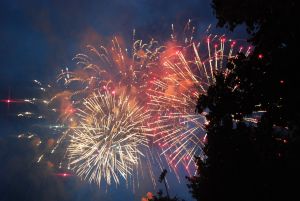 Anytime you invite friends or family over to the house you tidy up. That might mean tucking some things away in the closet but it’s hard to hide rusty patio furniture or an old outdoor play set. Instead, give those things to Junk King. They’ll know what to do with them.

When you set up your session with Junk King, you’re going to have the benefit of working with your own moving crew. This will be a two-man team who has been licensed and insured. They’re going to make a big difference because they’re going to do all the heavy lifting for you. It might not be a long trip from your backyard to your driveway but that doesn’t mean you should carry anything that could hurt your back. Leave that all for Junk King.

As the crew loads up all the things you’re getting rid of, they’re going to be looking out for any item that might be repurposed. That includes a piece of furniture that could go to a charity or a metal object that can be dropped off at a recycling center. The crews know just what a particular facility is looking for at any given time. They would much rather make those drop offs than going to a landfill. You probably want that, too!

Let Junk King Orlando help make your 4th of July truly spectacular in by clearing out all the junk today.