A landlord has a lot to deal with. The goal is to have clean, quiet and no trouble tenants installed in each one of their rental properties. With a little preventive maintenance work, the landlord can then sit back and collect the rent checks. That is what happens overwhelmingly for a vast majority of landlords. But there are those situations where tenants cause trouble not only with their neighbors but also with paying the rent. When that happens, a landlord has a few legal options starting with eviction proceedings. 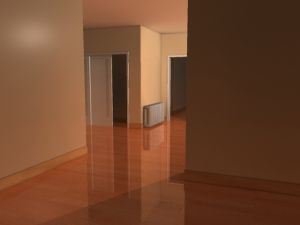 Nobody would like to see an eviction run its course but there may be no other choice. Once a tenant has been forced out, a lot of the stuff could be left behind. It might also happened that a good tenant leaves behind rubbish just because they think they can get away with it. In either of those scenarios, a landlord needs to spring into action quick and clear out all that rubbish so that they can put that apartment back on the market. That’s when they turn to the landlord’s best friend: Junk King Portland.

Junk King Portland is part of a national chain a professional junk haulers who have been in this line of work for just over a decade. In that time, they have cleaned out a lot of apartments in storage units. A typical junk removal session will be staffed by two very strong movers. This is the team that not only knows how to lift and load heavy objects but also how to maneuver them up and down stairs. Would they prefer an elevator? Of course. But not having one won’t stop them from getting the job done.

Everything is loaded into the Junk King Portland truck also has the opportunity to be disposed of in an eco-friendly way. That could mean making additional drop off at a charity or recycling center. Junk King is happy to make that happen. This is a company that was going green long before going green was considered cool!

As for pricing, Junk King never charges by the pound or by the hour. Their rates are based strictly on how the truck will be packed by the crew. The less space they take up, the less you’ll be paying. Whether you are a landlord or a homeowner with a lot of junk, you’ll benefit from a session with Junk King Portland.

Are you concerned about your carbon footprint? That is how much energy you and your family expend on a daily basis. A carbon footprint covers everything from how you get to work to the food you eat and how you stay warm around the house. There’s a lot of things that you can do to reduce your carbon footprint beyond just recycling your papers, plastics and soda cans. Here are some steps you can put into action starting today: 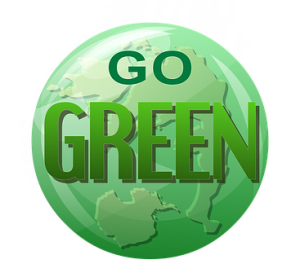 Obviously heating your home is a big expenditure especially in the coming weeks. The recommendation from the EPA is to keep your thermostat at a cozy 68° during the fall and winter. That might seem a bit too cold but it can make a significant impact not only on your monthly electric a power bill but also on the environment. You can be more efficient by making sure you close vents in rooms that aren’t in use and keep those doors shut. Also, it might help to have a programmable thermostat. That way it can turn on just a few minutes before you get home as opposed to staying on all day.

As you are lowering your thermostat for your home heat, you can also lower the temperature on your water heater. You may not be aware of just how hot your water gets. The optimum temperature should be around 120°. If you can manage down to 110 or 105 then that’s even better. Many home heaters are set at 130 and above. Not only is that wasteful but it also increases the risk of scalding water coming out of the faucet.

Switch Out the Light Bulbs

Are you good at turning off lights every time you leave the room? That’s a positive step to take but you can also replace those incandescent lightbulbs with new energy-efficient bulbs. They may cost a little bit more but you will be replacing them as much. In fact, one compact fluorescent light can last for several years.

If you planning on getting rid of some big items like furniture or major kitchen appliances then you should consider recycling them as well. That might be a challenge if you’re doing the job on your own but if you turn it over to Junk King Portland it will be a problem at all. Junk King Portland is dedicated itself to an eco-friendly way of disposing of all the things it collects. There helping Portland get to the goal of zero waste. You can reduce your carbon footprint with help from Junk King Portland without even lifting a finger.