The holidays are all about tradition and each family has their own “holiday rules.” For instance, some families allow the opening of a single gift on Christmas Eve. And larger families, they might adopt the game of secret Santa for all their gift giving. There are also traditional dinners served up at this time of year like the feast of the seven fishes. Every year there’s an opportunity to start a new a new tradition. That could include taking a tour of houses in the neighborhood that have been decorated for Christmas or hosting an open house party. Before you get your home ready for the holidays, maybe you can start a new tradition of “no junk in the house.” That is easily handled with one session from Junk King Chattanooga. 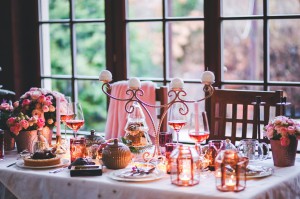 You certainly don’t want to put up some nice decorations that would draw attention to an old recliner that’s been patched up with duct tape. And you don’t want to invite people over when you’ve got old appliances on the back porch. This is why you need a junking session. One appointment is all would take to get rid of those bulky items. You’ll be assigned to two-man moving crew who is going to roll up in a truck big enough to hold whatever you throwing out. Consider the difference it can make when you’ve got those big things gone from your house.

Getting rid of a lot of little things can also be a huge benefit. Aren’t you exhausted by all the clutter you have crammed in your closets. It makes finding outfits and coats and adventure! They could also be plenty of old toys, gaming consoles, computers, laptops and televisions that are scattered around the house not be used. All of that should be gathered up and turned over to Junk King.

When you have Junk King haul away your stuff it won’t automatically make a direct line to a landfill. Instead, some of your old furniture and other household goods could end up at a charity thrift store. That would be especially helpful at this time of the year. That’s one holiday tradition we can all get behind!

When Junk King Chattanooga does a sweep through your home it will be junk free for the holiday. That’s worth celebrating!

Who is the most challenging person on your holiday shopping list? There is usually someone who is hard to shop for because they either have everything they need or they simply don’t offer up any hints as to what they want. Still, you’ll try your hardest to get a smile out of them on Christmas morning! One unique gift you might want to consider is a session with Junk King Chattanooga. That might not be something you can put a bow on but it will certainly be appreciated for many months after the holidays. 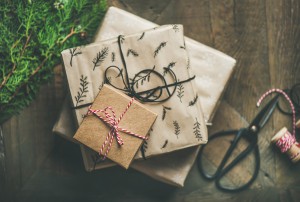 Junk King offers a wide variety of rubbish removal services. The most fundamental services involve removing bulky pieces of furniture or big kitchen appliances. That’s the kind of work that can only be accomplished by two movers who have a big enough truck to hold those kinds of objects. That is exactly what Junk King will send over to the home of your loved one as part of your special gift.

In a single session, the Junk King movers can haul away all kinds of unwanted items that are cluttering up home. it doesn’t matter if those things are down the basement or up on the second floor. The only focus for Junk King is to get those things hauled away as quickly and efficiently as possible.

The team from Junk King can also help with the removal of a lot of little items. This can be a big benefit for clearing clutter out of closets or the garage. All that is required here is that there is a little presorting done before the Junk King crews show up. That will be time well spent if in exchange you get back a lot of valuable storage space.

The Junk King crews can also help clean up debris around the backyard. If there are any rusty patio furniture pieces, old barbecue grills or even a rider lawnmower that needs to be tossed out, then it can all be given to Junk King. When you give the gift of a junk removal session from Junk King Chattanooga is someone special you can bet it’s going to be very appreciated. Book that session today.