It’s only been a couple weeks since Christmas but are you already looking forward to your next long weekend off? Hopefully, you had enough time between Christmas and New Year’s to get some kind of break so that you can start the New Year fresh. That would certainly help at your job and you can take the same approach with your living space. There still may be some lingering post holiday clutter that needs to be cleared out. This includes all the stuff you want to get rid of that won’t fit into a trashcan. If you decided that is time to say goodbye to an old sofa, a television that was upgraded or computers that were replaced, then it’s time to call Junk King Dayton. 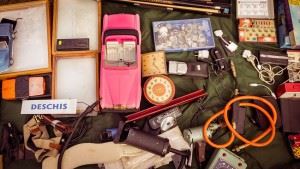 Junk King Dayton is going to send over everything you need to take care of your decluttering project. That help is going to come in the form of a pair of very strong movers and a huge truck they’ll be rolling up in. It might not take people carry out boxes or bags of clothes from your closet. But you’re going to get those two workers either way. This is the team who has a lot of experience with handling bulky items as well. They won’t have a problem maneuvering a sofa down a flight of stairs or carrying out a piano.

Occasionally, the Junk King Dayton crews will come across a removal project that requires a little problem solving skills. For instance, a team once had to literally saw a hot tub in half in order to fit it onto the truck. Not every job is as drastic as that but there are some items that you’re getting rid of that might require being dismantled first. That won’t be a problem Junk King Dayton.

You shouldn’t be worried about what is going to happen with your junk once it has been piled onto the truck. This is not a company that likes going to landfills. Instead, they would prefer to drop off all your stuff at a charity or recycling center. You don’t have to make that request it’s going to happen automatically. The best approach new year is living in a home that is clutter free. Junk King Dayton can make that happen.