When workers needs to clear demolition debris from a construction site they will usually bring out the heavy equipment. That will include bulldozers and dump trucks. There is nothing delicate about this kind of clean up. It is all about scooping up the tons of concrete and debris and dumping into that big truck. Junk King Dayton handles debris removal in a similar manner but instead of a bulldozer, there are two helpful movers. And instead of a dump truck, there is a large moving truck that can hold a lot of unwanted debris. This is the best approach for debris removal around your home. The debris that you want to get hauled away from your home can take many forms. It can be straight up debris left over from a remodeling project or a landscaping makeover. It can also be the kind of debris that is keeping you from parking your car I your garage. Debris doesn’t have to be one big thing. It can be a bunch of little things, too. One thing that all household debris has in common is that is can be swiftly removed by Junk King.

The approach that Junk King takes with debris removal is simple: They’re going to do all the work. You can set you mind at ease knowing that any heavy object you want removed from your home won’t have to be lifted by you. That also includes any object that might have to be taken apart first. The crew from Junk King can handle both of those tasks without any problem.

Think about all the stuff you could get cleared from your home that would make things a lot nicer. And it isn’t just all the stuff from the inside that you can get rid of. You can also get rid of anything from your front or back yard. Think about the old swing set or rusty patio furniture. What about the broken planters or lawn mower? You shouldn’t have to hold onto any of that stuff for one day longer. Debris removal is no longer a challenge for you thanks to Junk King Dayton.

Walking around your neighborhood on the day after Christmas can give you a good indication of what everyone got for Christmas. You’ll usually see the big boxes for all the stuff out on the curb waiting to be picked up by the garbage crew. Technically, that’s not a good thing to do because you don’t want anyone to know what new gadgets you have in your home. Throughout the year, you might be able to tell what you neighbors are up to in terms of renovations in their house by what they’re putting out on the curb. You might find an old air conditioner unit on the curb but it probably won’t be picked up by the cities. That means it will become an eyesore. This can be avoided by calling in Junk King Dayton. These are the pro junk haulers who are in the best position to remove old air conditioners and all kinds of unwanted items from a home. 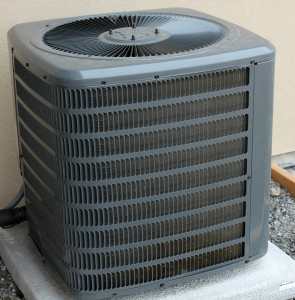 An old air conditioner is a lot like an old television. Neither one of those items should be dumped into a landfill. They’re both designated as a form of e-waste and have to be disposed of at a certified recycling center. That is exactly where Junk King will strive to make the drop off. Responsible disposal of collected junk has been Junk King’s way of doing business ever since they started collecting rubbish back in 2005.

You also don’t want to keep that old AC sitting around your house even if it is in the garage or down in the basement. Most of Junk King’s pickup sessions are completed within 24 hours. That means a call today could have your stuff cleared by tomorrow. If it works better to have those things picked up on the weekend, then Junk King can lock down that time for you, too. It is all about making things easy.

If you’re hiring Junk King to haul out an old AC, be sure to get rid of all the rest of your unwanted stuff in the same session. There will be plenty of room on the Junk King truck! Don’t get stuck with an old air conditioner and rubbish. Give it all to Junk King Dayton today.