What is the furthest you have moved to a new living space? On the average, a person who stays in the same town they were born doesn’t go further than around 18 miles from the home they grew up in. There’s so many great neighborhoods in Denver to explore you could find yourself moving every other year just for the fun of it. Of course, there is not a lot of fun in packing and unpacking especially if you’re bringing along a lot of clutter. When you’re ready to make your next move, you definitely want to factor in Junk King Denver. These are the professional junk haulers who can make sure your apartment is cleaned out of rubbish. 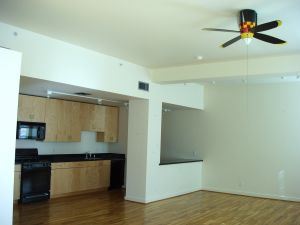 The best time to clean your apartment before turning it over to her landlord is after everything has been moved out. But there may be some things you don’t want to take to your next place. You should isolate those things in a corner of your apartment and leave it for Junk King Denver to pick up. It doesn’t matter if they need to take the elevator or climb the stairs. The two-man crew assigned to your clean out session works in the same way as your movers.

Included in the flat rate will be all the disposal drop offs as well. Instead of going to one final destination, your stuff could be spread out between a charity and recycling center. This is all the effort to keep as much junk out of local landfills as possible. So far, Junk King has maintained a respectable 60% diversion rate nationwide and Dallas is no exception. Before you turn your keys back to the landlord ensure Junk King Denver clears out all your rubbish. A very smart move.