Is this the summer you will be providing your backyard with the much-needed makeover? Would you be putting in a new hot tub or gazebo? Maybe you want to put your gardening skills to the test by planting a vegetable garden. All of that can happen but first you’ll need to get rid of that old swing set. Yes, this is something your kids have spent hours on when they were growing up but now it’s clear there never going to swing again because that tiny swing seat just won’t hold them! A swing set is not something that can easily be tossed out in the trash. This is a job for Junk King Fort Lauderdale. 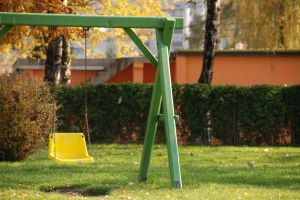 Junk King Fort Lauderdale is all about getting rid of your junk the least amount of effort on your part. An old swing set or something that probably will have to be taken apart before can be loaded onto the truck. If it is planted in the dirt with cement, then that will have to be dug up. This could potentially be back straining work but you won’t have to be concerned about that. The Junk King Fort Lauderdale teams can handle all of the removal and they’ll do it in a safe manner that won’t put anybody’s back at risk!

Along with taking down your old swing set, the Junk King Fort Lauderdale team can also remove any other yard waste or debris you have accumulated in your backyard. Maybe you have some left over construction material from a remodeling job stacked by the garage. Perhaps you want to get rid of rusty patio furniture. All that can be loaded onto the Junk King truck in the same session.

What about the stuff you want to get rid of from inside your house? Junk King makes no distinction. If you want something gone then you just have to tell the crew and they’ll loaded onto the truck. Everything that’s collected by Junk King Fort Lauderdale has the opportunity to be repurposed. Their mission is to avoid a trip to a landfill whenever possible. That might mean going to a charity or recycling center first and that’s a drive Junk King Fort Lauderdale is always happy to make. Clear out your old swing set and unwanted rubbish the fast and efficient way with a call to Junk King Fort Lauderdale today.