When your overload an outlet it trips a circuit causing an outage. That is easily fixed with one trip to the electrical box and a flip of the switch. If only other overloads in your home could be as easily handled. What happens when your garage or basement has become overloaded with things like cardboard boxes from Amazon deliveries or family clutter? That’s easily fixed with one call to Junk King Orlando. These are the junk removal pros that can quickly remove any amount of rubbish overload. 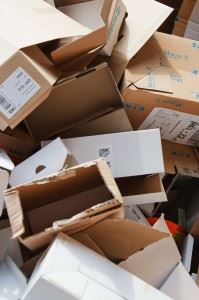 Your family clutter can take many forms. It can be the things that they use every day like backpacks, shoes, books and jackets. This stuff is often dropped on the floor from the front door to their bedroom. At least, it is easy to track where they’re going in the house! But there could be other clutter in the form of sporting equipment that is being used, toys are being played with and clothing that they’ve outgrown. That’s a lot of stuff taking up room that could be put to more practical use. That is all those cardboard boxes left over from the multitude of Amazon deliveries. The small boxes can be tossed into the garbage very easily. It’s those bigger boxes that become a challenge to get rid of. All of that stuff can disappear once Junk King Orlando is on the scene.

Junk King Orlando is going to send over to friendly movers to facilitate this task. It doesn’t matter to them if they need to haul out dozens of little things or two or three huge things. All that matters to them is that you want something gone.

Everything collected by Junk King Orlando will end up on the back of their truck. Once they loaded all your stuff will be off to the next appointment and you can get back to your day. However their work is far from done. Not only will the crews be making additional pickups but they will also be doing a lot of sorting back to the depot. There to pull out all those things that could be donated or recycled what they collect it. This is their green way of doing things that is an added benefit of hiring a company like Junk King Orlando. Don’t surround yourself with cardboard boxes and clutter. Give it all to Junk King Orlando today.