Most people don’t give their trash a second thought once it is put in the can and out on the curb. The assumption is that the trash ends up in a landfill and that is correct. Here in Draper, the trash goes to the Trans-Jordan Landfill. Trans-Jordan is made up of seven-member cities that own the landfill, that along with Draper includes West Jordan, Sandy, Riverton, Herriman, Murray and Midvale. It’s a good system except for one major concern. The landfill is running out of space as the amount trash that is getting dumped there increases. 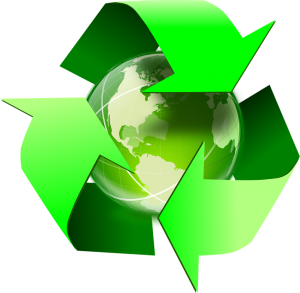 How much trash is going on? Between 2012 and 2018, there has been around 92,340 tons dumped. That represents an annual increase of around 34%. At this current rate, the Trans-Jordan has less than 14 years left before it will be filled to capacity. What happens after that is being discussed today.

Does this mean you need to start hoarding? Not at all but you should think about alternatives to trash disposal especially as it relates to bigger items. Junk King Salt Lake City can play a big part in this type of work. These are junk removal professionals who are dedicated to avoiding going to landfills. Instead, what Junk King collects could be dropped off at local charities or recycling centers. That is a good option for reducing the amount of trash going to dumps.

So far, Junk King maintains a 60% diversion rate. That is mighty impressive when you consider that on the average, Americans only recycled 30% of materials. All of this extra drop off work is included in the flat fee you’ll be paying Junk King for their service and that is a fee that is always based on volume and not weight. When Junk King Salt Lake City takes care of the junk overflow in your Draper home, they get it done the right way.

The only thing that should be on your curb is your trashcan for a once a week pickup. Even with that trashcan, you’re only supposed to put the can out the day before pick up and remove it by the following day. You certainly don’t want to leave anything else out there like old furniture or a bike. The reason is that you could trigger even more dumping. Besides, rarely does anyone driving by stop to load up something that has been sitting on the curb no matter what kind of condition it is in. The best way to toss out something that can go into the trash is to bring in the pros from Junk King Salt Lake City. 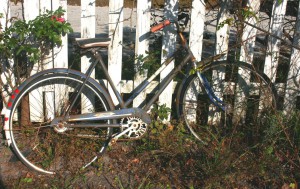 Junk King offers an easy way to get rid of all kinds of unwanted rubbish from your home. Two movers will be assigned to each appointment. That is really all you need to get rid of most objects. There are those situations where more help is needed like when a foreclosed property needs to be cleaned or a hoarder situation has occurred. In those instances, Junk King will send over additional workers at no extra charge. In fact, you won’t be charge by the hour.

The pricing policy that Junk King uses is all about the space on the back of the truck. How much of that space will your stuff fill up? Will it be half, a third or the whole truck? The Junk King teams have all been trained to pack efficiently and to be able to provide good estimates before the work begins. If your stuff fills up more, then you’ll still pay the original estimate.

What you want to get rid of is entirely up to you but you shouldn’t be limited by weight or size. The Junk King squads have experience with removing everything from a hot tub to a computer desktop. There won’t be anything you ask them to takeaway that will be a surprise to them. Stop tripping over that old bike and other rubbish. Give it all to Junk King and be done with it!