In the aftermath of a hurricane, there is always devastation. When the floodwaters recede, the cleanup can begin in earnest. Often folks living in these impacted areas are overwhelmed by what they have to deal with. This is why the arrival of volunteer cleanup crews are so appreciated. There probably hasn’t been a natural disaster in the United States in the last several years that hasn’t been helped by volunteers from Utah. The two recent hurricanes that slammed into Florida in the Carolinas were no exception. Cleanup crews from the state flew into those areas and helped facilitate cleanups. They might have only been there for a week but their presence was definitely felt. This is the kind of effort that doesn’t always get a lot of attention but is one that is proof folks from Utah are a caring bunch. 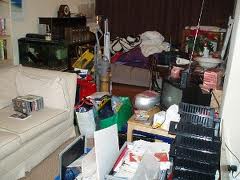 Around your own house you might need occasional help with getting rid of some junk. That is easy to find with one phone call to Junk King Salt Lake City. These are the professional junk haulers who had been helping homeowners and businesses remove tons of unwanted furniture, equipment and other rubbish from their properties. what do you need taken from your home? Whatever it is, it’s a safe bet that Junk King can make it gone for good.

Anytime you hire Junk King for session you actually be hiring to dedicated workers. You won’t be spending a lot of time with this to. That’s because they move fast to get everything loaded up on the truck. But even a few short minutes will prove that these are professional movers that will show your property a lot of respect.

Having Junk King movers at your home means you won’t have to do any the heavy lifting. That’s a pretty big deal when you are anxious to get rid of large pieces of furniture or major kitchen appliances. Along with those big items, the junk King crew can load up a lot of boxes and bags of little stuff. One junk removal session with Junk King Salt Lake City is going to have a major positive impact on your home. Are you ready to make that happen?

In your home, which area has more stuff in storage: Your attic or your basement? Both are prime locations in a home for storage of all kinds of things from old sofas to boxes of winter sweaters. Too often the things we put in storage up in the attic or down in the basement are forgotten about. And if they’re forgotten, then it is quite possible they aren’t needed. Would it be better to hold onto things that you’re never going to use or get rid of it and make more room? If getting rid of all that useless stuff makes sense, then you’ll want to put Junk King Salt Lake City on that job today. Unless your attic is used as another room in your home, you probably make more trips down to the basement than up to the attic. It’s a nice workout on those steps but on the day of your appointment with Junk King, the crews are the only ones who are going to be making those trips and up and down the stairs. That means they’ll carry any piece of furniture, appliance or electronic gear you want to get rid of. They can also carry up and/or down exercise equipment and clothing. Already you can imagine what a major difference that might make around your home.

As the crews are loading up your stuff onto the back of the truck, you might hear them discussing the particular merits of an object with saying things like, “That’s in pretty good shape” or “That needs some work.” They’re not considering what might go into their own collection but instead of sorting items for a potential drop off to a charity. Junk King would much rather make that drop off then going out to the nearest landfill. For them the priority is always to protect the environment around Salt Lake City and they’re doing a decent job of that one truckload at a time.

Before the holidays make things hectic, get Junk King Salt Lake City to clear out your attic and basement of all your rubbish and clutter.