Most antique dealers except the general rule that something needs to be at least 30 years old to be considered an antique. However, just because something is old doesn’t necessarily mean it has value. You could have antiques in your home that mean a lot to you because of their personal history but might not be of value simply because they were either mass-produced or there isn’t a market for them. Does that mean you should get rid of them? Of course not! But when it comes to all those things in your home that you can absolutely categorize as junk, you should toss them out right away. That’s where Junk King Palm Beach is going to come into play. 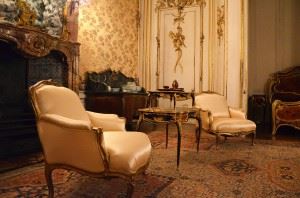 Although you might decide something is junk it doesn’t automatically mean it is trash. Junk King Palm Beach goes out of its way to make sure the bulk of what they collect never ends up at a landfill. That may be a great place for seagulls to hang out but it’s not great for your junk that could be donated or recycled. Even if it requires extra drop-offs, Junk King Palm Beach is happy to make those trips.

Clearing out all the unwanted junk from the inside of your home is just beginning. You can also ask the Junk King Palm Beach crew to pick up all the objects from around your yard that are taking up space and creating an eyesore. Think of how much better everything will look once all that rubbish is gone. Hold onto to your valuable antiques but lose your worthless junk with help from Junk King Palm Beach.

How long do you think it took to accumulate all the rubbish cardboard boxes that are out in your garage? Those cardboard boxes might be from several months worth of Amazon deliveries. They could even go back to when you moved into the home. As for the rubbish, that’s all the stuff that you pile up out there that you think one day you’ll get around to using or fixing. Truth be told, most of that stuff is probably already been replaced or you have no intention of ever using it again. The result is that you now have a garage that’s full of cardboard boxes and rubbish as opposed to the things that really matter. That can all change with a quick call to Junk King Palm Beach. 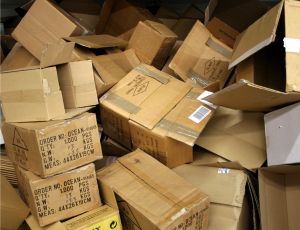 Rubbish doesn’t just have to be stored in your garage. It could be found throughout your entire house. There might be stuff in your closet that you could get rid of. You could have dresser drawers full of clothing you never going to wear again. And there’s probably tons of things you get rid of from the kids rooms. The team from Junk King Palm Beach will happily go through every one of those rooms clear out all that stuff. You can leave it right where it is and don’t have to worry about bring it downstairs. You’re hiring Junk King Palm Beach to climb go stairs!

Rubbish can also be found in the backyard in places like an old shed, behind the garage or under a deck. You might think you’re doing a good job of keeping that stuff out of sight but ultimately it’s just going to get in the way when it starts decomposing. Before that happens, turn it all over to Junk King Palm Beach. It doesn’t matter how dirty that stuff is, though happily loaded onto the truck.

Everything is collected by Junk King Palm Beach will have a chance in a new lease on life. That’s because this is the company is dedicated to an eco-friendly way of getting rid of junk. Most of what they collect ends up at a charity. These organizations can take in busted furniture and make it like new again. As for everything else, that could be repurposed at a recycling center. All of this means you can reduce your carbon footprint without lifting a finger thanks to Junk King Palm Beach. Take care of your cardboard boxes and rubbish overload the right way by hiring Junk King Palm Beach today.

The first thing people think of when they hear “Palm Beach” and is all those idyllic beaches. You simply can’t make a trip to Palm Beach without going down to the water. But there are a lot of other ways to experience nature in Palm Beach that might surprise people. You can check out manatees at the Manatee Lagoon or go on a wildlife tour on an airboat the swamps. There’s also McCarthy’s Wildlife Sanctuary in the Palm Beach zoo that gives you an up close look at all kinds of animals in all kinds of habitats. Any one of those destinations would make a fun day for the whole family. 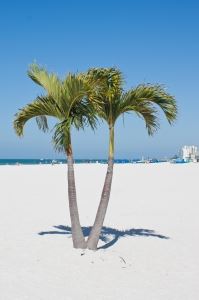 The goal is being able to carve out time on your day off. That’s usually when you are tackling the household chores that have been piling up. If one of those chores happens to be getting rid of rubbish that can be tossed in the trash, then Junk King Palm Beach can be a big help. These are the junk removal pros who can clear out all that rubbish early in the morning and leave you with plenty of time to enjoy the rest of the day.

Scheduling is easy with Junk King Palm Beach. You can take it that online or with a phone call. If you want that early morning appointment, then just designate the day that works best for you. Junk King will do what they can to accommodate that and in most instances they can complete junk removal within 24 hours of that first contact.

You’ll be dispatched a two-man moving crew who is going to be doing all the heavy lifting for you. This is the team that likes to move very fast. That doesn’t mean they’re going to be careless. Quite the opposite. These crews have all been trained in proper techniques for moving and maneuvering heavy objects. If something proves to be too much of a challenge to get out the door, then they will happily taken apart to make it fit. You’ll be amazed at how quickly this team works.

Providing junk removal services to the Palm Beach area, including: