While out of the rest of the country spent time digging out from snow, folks in Los Angeles were sending back pictures of sunny days by the beach. That’s not to say that Los Angeles didn’t have its fair share of fierce winter storms. But storms in Southern California are furious for one or two days and then they’re gone. But they can certainly leave a lot of damage in their wake. The most common problem is fallen tree limbs and palm fronds. Those are both very hard to cram into a trashcan. That’s where a company like Junk King Los Angeles can be a big help. Although “junk” is in their name, you’ll be pleasantly surprised at how much storm debris cleanup they can handle. 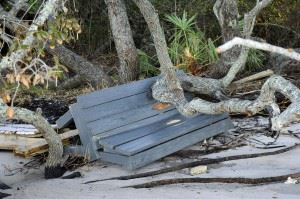 The two most important things for storm debris cleanup is a big truck and a dependable work crew. That is exactly what Junk King Los Angeles is going to provide. The crews working for junk King have a lot of experience with this type of debris removal. You don’t have to gather all your fallen tree limbs into a pile. The Junk King Los Angeles crew will pick them all up from the spot. While the rather they can also remove anything else that might’ve been damage in the rains and winds. That includes patio furniture and playgrounds sets.

When the Junk King Los Angeles crews finished cleaning up your storm debris, you can have them move indoors to pick up all the unwanted clutter you have stored in your garage and closets. Space is always at a premium in any home but that’s especially true when you’ve been “collecting” stuff for the past several years. Now is the time to say goodbye to all that unwanted clutter. Give it all to Junk King Los Angeles.

The majority what Junk King Los Angeles collects from every home has a chance to be repurposed. That translates into dropping off items at a charity thrift store or church. These are the organizations that no the best way to redistribute things like old furniture, clothing, books, toys and other household goods. It is a great way to give back to the community and reclaim space in your home. Start with storm debris cleanup and end with a home that is totally clutter free all thanks to Junk King Los Angeles.

Amazon is already proud of its fast delivery service. There many items that you can order that can be delivered within 24 hours but that still isn’t fast enough Amazon. They are developing a program for drone delivery. The goal is that some small packages could be delivered by drone within 20 minutes of placing an order. That can make for some very interesting air traffic! Although that can be great for drop-offs, it certainly doesn’t help with all the cardboard boxes that will be left behind. Too bad those drones can pick up boxes on the same trip that they drop-off. The more you order the greater the chance you have for a cardboard box overload. When that happens, one call to Junk King Los Angeles can be a big help. 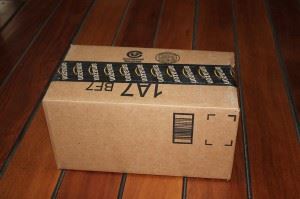 It’s not unusual to pile up cardboard boxes. Like a lot of other things in your home you always think you’ll have a use for them someday. Unfortunately, they can end up taking up valuable storage space and that just adds to the clutter of a closet or garage. Junk King Los Angeles can help with that clutter by dispatching a pair of movers in a big truck to your home. This is the team that can remove just about any rubbish item from your house. Think of how that’s going to open things up.

All those cardboard boxes you getting rid of won’t go to waste. Junk King Los Angeles has set up a partnership with many recycling centers throughout the area. They’ll make sure those boxes get dropped off at those facilities. At the end of every day, the Junk King workers sort through all the stuff they collect back of the depot and create piles of recyclables. When they have enough to fill the truck that’s when the make the drop-off. All this happens long after they’ve left your home with your stuff but it’s all included in the flat fee you pay for the services. Best of all, that fee is never based on weight. The quickest and most affordable way to handle cardboard box and clutter overload it to turn it all over to Junk King Los Angeles today.

On any given weekend there is a lot going on in Los Angeles. Whether you have downtown to check out the Grand Central Market or had done the Venice Beach for a little fun in the sun you have plenty of opportunities to indulge yourself in all kinds of activities. All you need is the time. That is something that Junk King Los Angeles can help you with. This is a junk removal service that can make very quick work of hauling away all your unwanted clutter. If this is the job that you’ve been putting off, then wait no longer. Bring in Junk King Los Angeles today and you’ll have plenty of time to enjoy all that the city has to offer. 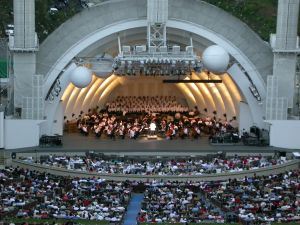 The where the Junk King Los Angeles operates is simple: they do all the work. That means you don’t have to bring anything down to the street for them to pick it up. You also don’t have to distinguish between something that is broken or just worn out. If you want to get rid of it, then that is all Junk King Los Angeles needs to know. They’re going to send over a crew to help take away all the stuff you’re done with. This can be any piece of furniture or appliance regardless of how bulkier heavy it might be. The Junk King Los Angeles crews can also take apart something like bookshelves or an entertainment center if you want to toss those out as well.

Everything is going to go on the back of the truck for swift removal. Before the crew starts loading there to present you with an estimate based upon the space in a truck. It all comes down to how much all your junk will take up. That’s actually can be determined by the crew just by having them look over all your stuff. There really great it packing up that truck taking up as little space as possible with a lot of things. They want to be able to get to as many homes as possible throughout the day. The upside of that is that you’ll pay the low end of the price scale every time.

You don’t have to put off getting rid of your junk. Give that job the Junk King Los Angeles today and your junk can be gone by tomorrow.